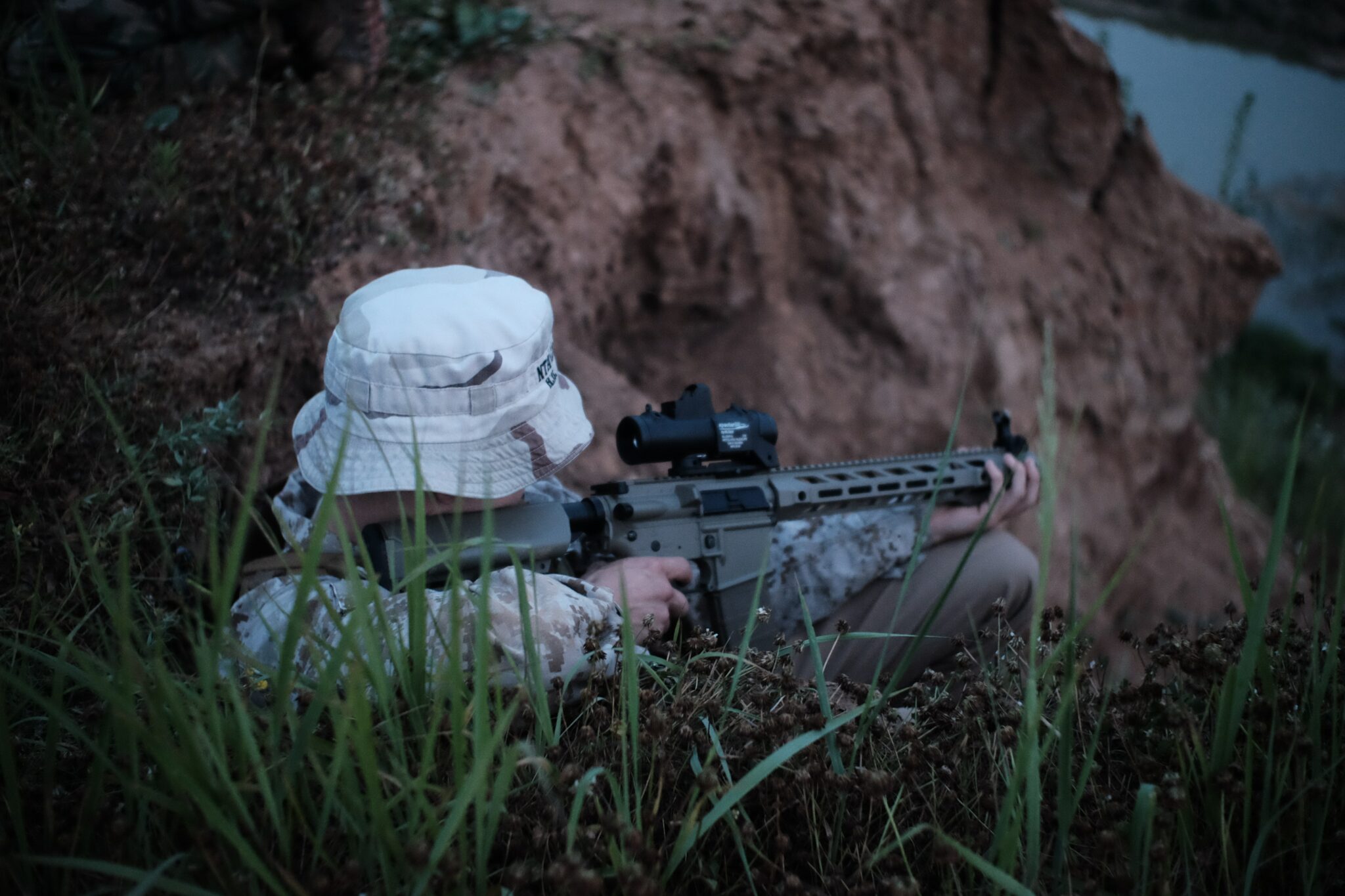 I remember looking over the shoulders of the platoon leaders discussing how to best set up an upcoming training ambush. As long as I kept my mouth shut it was cool for me to watch, and I did…until I didn’t. More on that in a bit.

They laid out the map and placed geographical markers to replicate terrain, likely troop locations, and avenues of approach. Who will be the assault element and who will support it. They moved pieces that represented land mine placements, some above ground, and some meant to be buried or otherwise hidden. They set up razor wire and preset artillery coordinates, interlocking fields of machine-gun fire, and medic placement. Who will initiate the ambush, and when to fallback or lay silent to let them pass. In the “kill zone” there will be 100% casualties on the enemy before they can make any radio contact, and the ambushing force will be untouched.

All this made sense to my white belt self, until they started discussing where they’d allow for the enemy escape route. They discussed how and where, in a panic, the enemy will likely attempt their hasty retreat, knowing they certainly can’t stay in the kill zone. And this is where I spoke up. “Why would you go through all this effort to completely annihilate them in the kill zone if you’re giving them a clear escape route?!”

They brought to my attention that that is exactly where the preset artillery and hidden landmines would be placed. I felt like a dummy and kept my mouth shut. Later it was further explained to me that if they feel they have no escape route, their desperate actions become more unpredictable. An ambush is successful because of it’s surprise and planning, and isn’t meant to be a firefight. To keep it predictable, we must give them probable avenues of escape if/when they aren’t wiped out in the initial attack. Damn genius.

In BJJ it’s the same thing. At the start of your journey, you’re learning direct attacks and defenses, with no real traps set. You see a cue and execute your response. If they catch on to your attack and start defending, it’s a straight firefight, attackers working to improve their same attack vs a defender defending themselves til out of danger. It’s a seemingly long leg of the journey (until you’re out of it) that this goes on. The attack fails and both players start again from the same position.

On the next leg of your journey, you start to see your partner’s defenses as cues to your next attack. With this, you no longer fear and try to fight through their legitimate defenses because you have a plan for that too. You’ve already laid mines there.

When your partners start consistently defending your “go-to” attacks, don’t stop attacking them because they aren’t working. They ARE working. They are working not as a successful attack but as an intelligence gathering. Your job is to use your initial failed attack to gather information on how they are escaping it. When you know how they are escaping, you are equipped with the intel to design your escape prevention and lay your mines. Discuss these escape mechanics with others to design your counter for next time.

When they swim an arm through in defense of your x-choke from the guard, you could save your energy and “restart”, after all, it’s better than grinding through with the same attack hoping attrition will outlast your defended attack. OR you notice that them putting their arm through has exposed a possible route to a back take, or climbing to a high guard, etc.

There is opportunity in their escape attempts, and no attack is inescapable because no attack is perfect. You must work not only to make your attack more effective, to begin with, to make the escape unlikely, but also to work on your plan when they “escape”. Improve your kill zone to catch them before they escape, and improve your game plan for when they do.